What if we rooted for BOTH teams? 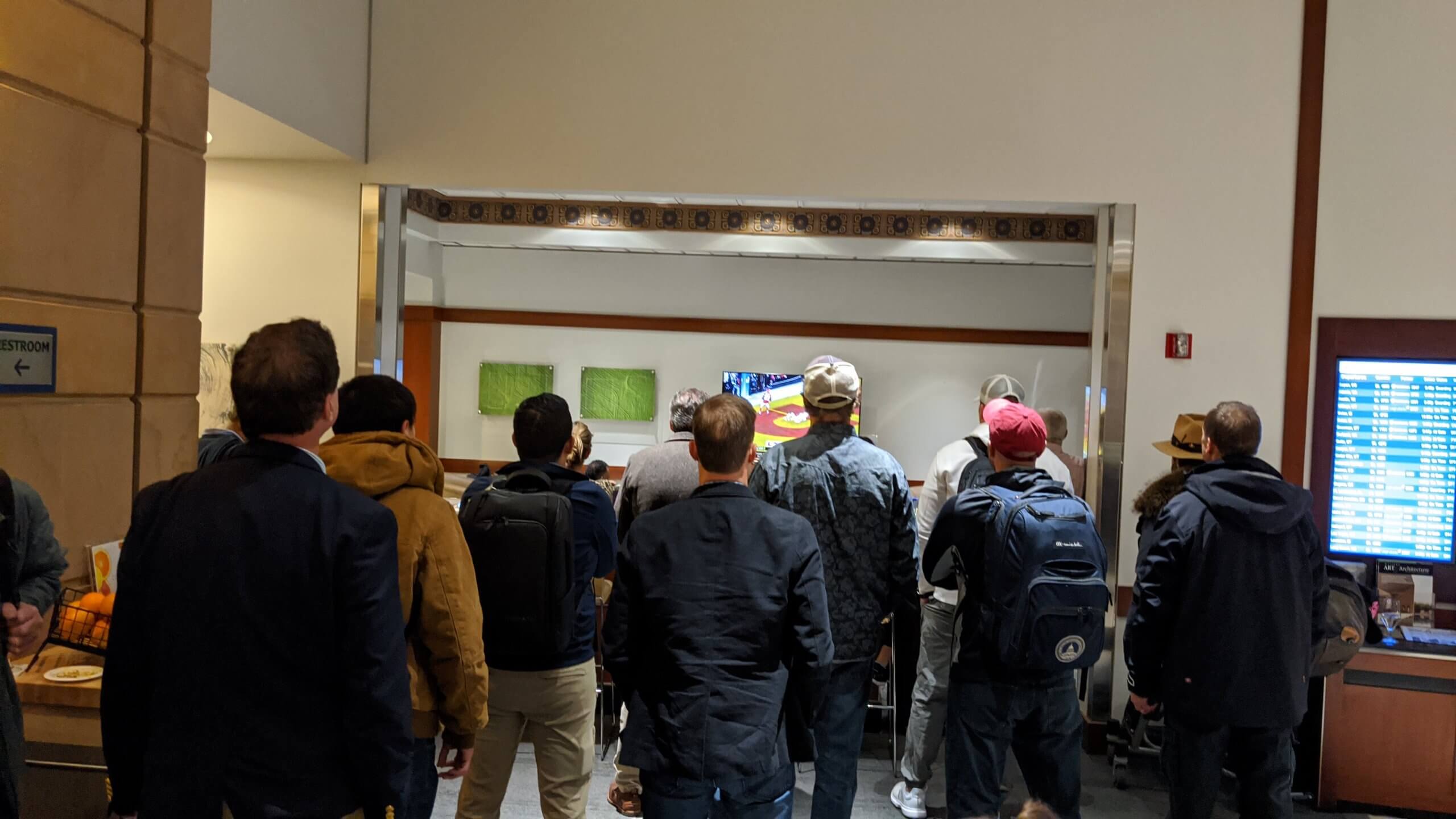 Photo: people in the Delta lounge in SLC watching the Super Bowl

Today was the Super Bowl and as I watched people watching the game, I began to wonder what it’d be like if we cheered both teams? Surely, both teams make brilliant plays.

(Analogy from an old business book, maybe something like the 1 Minute manager: in football, we cheer / we go WILD when people do their jobs. Making a touchdown? It’s not a feat of greatness. It’s their JOB. Quite literally. To score. To win. It makes money. Produces jobs. Allows them to focus on their physical and mental acuity w/out having to have another job.)

On the flight from PDX to SLC, the steward let everyone know that the game would be broadcast and available in the air. But asked everyone to refrain from cheering since fans from both teams would be on board, so out of courtesy to your neighbor.

If I HAD to pick a side, I’d likely lean towards the 49ers because I grew up going to games at Candlestick. But I haven’t watched a game in years. Maybe since Rice was on the team, if that’s even a real name not blurred by memory. My brothers now live in KC and I spent my school years growing up in Nebraska which doesn’t have its own team, so I could equally root for KC.

If I HAD to watch the game, I’d like to celebrate the brilliant plays by both teams. Root for the best playing today, so to speak. What would happen if we did that in life? If we weren’t so quick to pick a side before even seeing how they’d behave and how they’d play? Can I pick a politician based on their performance today? Presumably, they’ve learned a lot in their life and career — and really, what they did years ago is little more than an indicator of how far they’ve come. Sure, it’s also an indicator of what they’re capable of, but it’s an indicator of what they’re capable of in a set of circumstances that may no longer be present or relevant. (I’m not speaking to persistent, still existent patterns.)

OMG This Site is Still Here

New in Tech: There’s a line for the women’s restroom