IndieWebCamp happened and I missed it. However, I haven’t stopped thinking about it. Here’s what I’d heard at Open Source Bridge (as quoted on the camp’s website):

IndieWebCamp is a gathering of web creators building and sharing open web technologies to advance the state of the indie web. We get together for a weekend to talk about what has been done to empower people to own their online identities, and then spend a day hacking and creating.

After the debacle that was the Instagram terms of service and Facebook’s privacy bashing, I spent quite a bit of time dreaming and scheming of ways to clean up this virtual mess I’d made of photos, status updates, cries, cheers, ramblings, reviews … even typing this sends my stomach in a knot.

I’d long since stopped journaling and blogging, much in the same fashion as I’d stopped using my Nikon F3. Instead of cluttering my physical world, I was trying apps, baps and widgets that promised instant processing, cluttering my virtual world (which, counter intuitively, is not as easy to clean up. Electronic trails don’t burn in the campfire). While it sounds voluminous, my main concern was wildfire spread. I was posting directly on Facebook, Flickr, Twitter, Instagram – you name it. I don’t even keep track of all the accounts I create in the name of trying things out anymore.

What bums me out is that in the excitement of experimentation, I burnt myself out. I lost scent of my own trail, my own vision, my own projects. So when I heard Tantek announce IndieWebCamp and their mission to inspire a world to own their own space and their own content (again), I felt hope. Hope felt like a helium balloon being let go, able to float on its own and gently tugging at the string – my spine.

OK, so that was nearly a month ago and I have a Safari to get to. In this installment of my #30dc, I’m working towards two objectives:

As my girlfriend and I were driving back up from a romantic wedding on the beach, we were half trying to get as far back into Oregon as we could and half dallying to take pictures of the romantic sunset. (Try and guess which half was doing what!) As dusk settled south of Bandon we began seeing signs for a “Wildlife Safari” and having recently seen a Cheeta at Tedx I just *had* to check it out. So I begged that we wouldn’t drive tooooo far past the promised safari land so we could return the following day, after work in honor of my birthday.

I felt like I’d just been promised a stop at Walldrug on the way to Mt Rushmore and I was excited. The next day was my birthday and in all ways perfect. I woke up to birds and a big sky, had enough bars of signal to setup my own hot spot and work from the state park, was close enough to Bandon that we rolled in for lunch and finished my afternoon meetings on the boardwalk … and had enough time to jet down to the game park well before closing.

Despite my enthusiasm, we were skeptical and I’m happy to share that it was fabulous. The caretakers treated the animals with care and shared personal stories of raising the kittens and rotations of the big cats in the runs. While I’m too tired to share more, the only downside I remember is the incessant crowing of the peacocks. 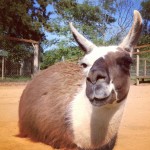 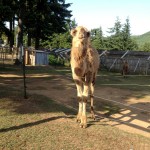 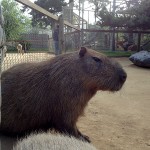 My What Big Teeth You Have, Capybara 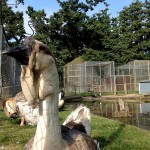 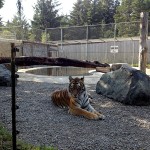 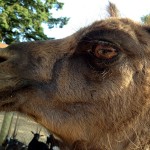 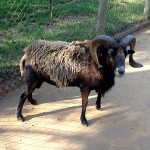 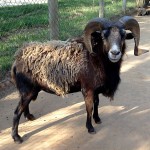 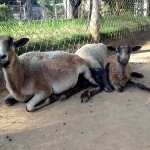 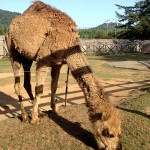 Extra: Today is Day 4 of my 30 day blog challenge. Click ‘Follow’ at the bottom of the page to receive weekly updates in your inbox or follow me on Tumblr if that’s your scene.

A Need for Speed: How I sped up my Wordpress Admin and Wordpress (.org) Blog

I Spy: a fresh look around a space that i see every day

Remember When? A trip down memory lane and an origin story